I put together this race report and then used it in my coaching website (AchievePTC.com) as a real-life example of how to establish a breakaway, what to do once you’re in one, and how to win from a break. The following success factors are outlined below:

Berkeley Hills Road Race is a very challenging event on the NorCal race calendar! Here’s how it went down:

As Murphy’s Law would have it, I sent a text message to my teammates the night before the race for his recommendation on wheel and tire setup: Zipp 202 with Sworks Tubeless 24/26 or Zipp 404 with Sworks Turbo Pro and Turbo tubes with talc. His suggestion was 404 for efficiency in the wind and 202 for climbing. I thought I’d spend more time in a draft and had no thoughts of going solo, so the Zipp 202 set up was chosen.

The only other times I’ve done this race was twice in the P/1/2 field about 4-6 years ago. The first year, I got dropped on lap 3 and the second time I made it to lap 4. Both times, I limped home struggling to maintain 180 Watts on the final climb to the finish. It hurt so bad! I was a little more optimistic this time because 20 miles less and four times up the climbs was a relief to a degree. Plus, I had fit in two rides about 3 hours and +200 TSS over the last eight days so I had some endurance in the legs.

TIP 2: HAVE A STRATEGY IN PLACE

As we rolled out under neutral, Scott and I chatted about the scenarios to help Todd get the win. Scott was game for getting in a break to wear out the competition. I was up for that, but a little more reserved considering my pre-race plan role of marking moves and also being there at the end. Overall as a team, we wanted to make sure we were represented in any breaks and then get Todd to the bottom of the final climb on the last lap as rested as possible.

The first time along the reservoir had Jeromy on the front setting tempo. I thought to myself ‘This must be his warm up.’  I don’t recall much happening until the second half of the first lap on the back side on Alhambra Valley Rd (AVR). A couple of attacks went that created small gaps but TMB were represented in each one. All was going to plan. We were all back together at the bottom of Mama Bear and Mori went on the front and set the pace with the cadence of about 50-60 RPM. I look down at my power meter and see 375 to 400 W. I thought to myself ‘This guy is going to cook his legs pretty early.’

TIP 4: WAIT UNTIL THEIR LEGS ARE SOFT

I believe Jeromy was the next to attack, just before the descent to Papa Bear. He got a gap, and soon after Oli went to the front and did a great job keeping the gap in check. I was at the back and thought about trying to sling-shot out of the draft at the bottom of the climb and bridge. But it didn’t set up right so I held back to see what would happen. The climb started and the gap didn’t change much. With teammates having done some work I made the decision to put in an effort and accelerated to bridge up to Jeromy. Once I did, it wasn’t long before I noticed his teammate Baker on my wheel. I recall everybody coming together again but then there was another acceleration before the top and another split. However, by the time we began the main descent the group was all back together.

TIP 5: BE SELECTIVE IN YOUT TIMING TO ESTABLISH A BREAK AWAY

The next authoritative move was by Scott up the steep pitch of Bear Creek Rd. before turning right onto San Pablo Dam Rd. (SPD). I was toward the back and could see Jeromy marking him. The two turned right onto SPD and had a decent gap on the false flat. I seriously thought it had a chance to stick because TMB and Touchstone were represented. But the solo riders’ legs were still somewhat fresh and one or two of them dug deep and brought them back.

I was soon chatting with Scott at the back and chewing on an energy bar when Jeromy darted up the left past us. A red flag popped up in my head and I went in chase. Once in his draft he continued to drive hard for about a minute and when I looked back we had a gap, so I went by him and kept up the pace. We took the right turn at the bottom of the descent onto Castro Ranch Rd. and I didn’t see the chase group behind. I looked back again to check our lead at the bottom of the final rise before the descent into turning onto Alhambra Valley Rd (AVR) and I was surprised to see the chase group looked to be within 10 seconds of us.

We continued to push over the top and down the descent. I looked back after we turned right onto AVR and to my surprise, the chase group was no longer in sight. As it turns out, I found out after the race that Sean and another one or two solo riders worked hard to bring us back on SPD and AVR, with my TMB teammate marking each move. But then the solo riders were gassed when they were close to us and there was nobody else to take up the chase. That’s when we went away again.

STAYING FOCUSED AND STAYING ON TOP OF HYDRATION

Jeromy and I continued to work well together along AVR.  This was around the time when I also noticed I had only one water bottle in the first 90 minutes and I had better up the intake or ‘Mr. Cramps’ would surely visit me the final lap.

TIP 6: ASK YOURSELF “WHAT ARE MY BEST ODDS OF WINNING?”

I set tempo up Mama Bear. At some point between there and Papa Bear I notice small gaps opening now and again when I would go to the front. Fast forward to SPD road and the pace was definitely slowing each time Jeromy went to the front. Was it because he was getting tired or was my focus on being down low and aero each time I pulled creating the difference. I also started to wonder whether he was playing games and saving energy.

This continued until Papa Bear (we passed the P/1/2 main group mid-way along AVR) where I went to the front and kept the power at 350-380 Watts. It wasn’t long before I heard Jeromy say, “Dana, I can’t hold that pace.”  I then knew he wasn’t playing games with me.

Then the decision of what to do came: Do I stay with him or go forward solo?  I had no idea of the time gap to the main field because the follow vehicle didn’t really know when I asked them.  I was starting to feel fatigue as well and another 1.25 laps with two more times up the climbs would be a big ask. That said, I knew I had teammates sitting in behind and marking any bridge attempts who would be fresh when I was caught. I had it in my head that I was going to be caught because I thought Jeromy would drop back to his teammates and they would pick up the chase. That would be faster than me out front in the wind. Plus, I thought the group was closer than what I ultimately found out they were. At this point, I decided to keep the same pace up Mama Bear, which started the gap between Jeromy and I and my solo attempt.

TIP 7: NUTRITION & AERODYNAMICS ALWAYS PLAY A KEY ROLD IN A BREAK AWAY

The next lap it was all about downing water (I think I drank 2.5 bottles in that time) and sugar (gels: Gu and Isagenix Fuel) and staying as aero as possible, especially along SPD into the head wind. I kept looking back for TMB jerseys coming in the chase group. It’s funny the thoughts that go through your head when solo and getting towards the end.

My legs started to really bark back at me as I approached Mama Bear. I’d look down and see 250-275W and my HR was close to anaerobic threshold. Oh boy, how were these last few climbs going to go?  I think the change in angle of the climb helped a bit because I managed to hold decent power on the climbs. It wasn’t until the small climb before Papa Bear that I felt a slight twinge of a cramp in my hamstring. And it wasn’t until half way up the final climb that I was able to relax a bit knowing I wasn’t going to get caught.

SOAK UP THE VICTORY

I crossed the line with a double thumbs-up Fonzi. I was then a little surprised, but also happy, to see Jeromy come in 2nd because he seemed to be pretty fatigued when I pulled away from him. He kept up a solid pace and I guess we ended up having a good gap and there wasn’t a lot of urgency in the chase with both teams with teammates represented in the break. That said, I was glad to hear some aggressive riding did occur in the chase to liven it up. No doubt Todd would have got the job done for TMB it if we were all together at the end because he took 3rd place handily.

So there you have it, a breakaway play-by-play. While breakaways can play out differently from race to race depending on several variables like course conditions and the competition, the main tenets of establishing a break and making it stick tend to be pretty consistent. Know your own strengths and weaknesses, know your competition and their strengths and weaknesses, wait until the peloton’s legs are soft, rely on teamwork and teammates, and identify your best odds of winning from the break. And as always, don’t forget about the importance of nutrition, hydration and energy conservation! This report was taken from the AchievePTC blog here: 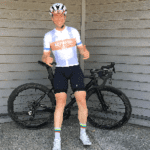 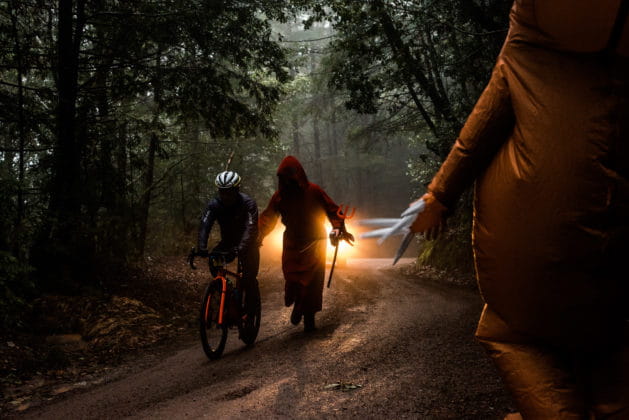