​​The Global Limits “The Last Secret” 200km stage race in Bhutan is one of Global Limits’ three annual stage races. It is not a self supported race and competitors can bring along a 10kg duffle bag with sleeping bags, sleeping pads and warm clothes for the evenings, food and personal items. Competitors also get a warm breakfast and dinner every day and only need to bring food they need during the run each day along with a few mandatory emergency items. ​​Sleeping arrangements were fairly basic – tents or some space on the floor in monasteries or farm houses – but each location was beautiful and interesting in its own way.

​​I had wanted to go to Bhutan for many years and when I came across the 200km Global Limits – The Last Secret stage race in Bhutan, I thought this was a great way to see the country. The race started at a stunning fortress, Phunakha Dzong, took us across mountain passes and through beautiful valleys, we camped in monasteries and farm houses and the race ended with a climb up to the famous Tiger’s Nest monastery. ​​None of my running friends were able to go, but I met a great group of runners from around the world and had a great week despite some stomach issues that seemed to be making the rounds and made two of the stages very uncomfortable. But I guess you are not an ultra runner until you battle with some stomach issues, so I got that out of the way :)​​

The field was quite competitive and we started out fast. I ended up with a stage win and course record for the first 30km stage that ended at Chorten Nyingpo monastery and then spent the afternoon getting to know adorable young monks and we joined them for an evening prayer and meditation session in the monastery.

​​Elisabet Mageirsdottier from Iceland, who is a great mountain runner, caught me on the mountainous second stage, we ran together through the flat sections in the valley on day 3 and she took the lead on the climb to the highest point at Phajoding monastery. I got better on the climbs and learned to handle my poles better as well, but I definitely wasn’t able to keep up with Elisabet on the climbs and she gradually increased her lead.

Day 4 and 5 were a bit of a blur and I was weak from stomach issues and unable to eat properly during the later hours of both stages. I really thought by the end of day 4 that my race was over. I was nauseous and miserable, stayed on my sleeping pad and wasn’t able to move much until the evening. Later in the evening I felt a bit better and decided to force myself to eat some rice and went to sleep. Miraculously, I felt pretty ok in the morning, decided to continue and even started out well with the group of leading men, Elisabet and Sarah from the UK, who was the third lady all week. I even did pretty well and managed to eat some waffles and chews until about 30 km in, but I was again not able to eat or drink anything after that point and the last 20 km were a long slog. ​​

After a good night of sleep in a local farmhouse, I felt better again for the last 15 km stage and was able to enjoy the climb to the famous Tiger’s Nest monastery, our final finish line.

​​I had struggled with a cold and some sinus issues in February and March and wasn’t able to run much. I had about 2 months to properly train for the race and mostly focused on lots of climbing, because I knew that the hills were my weakness. I went up our local “mountain” Mt. Tam at least once a week and went up and down some hills in San Francisco most other days. I improved and also learned to use poles for the steep climbs, but I still have some work to do for mountain races.

​​I used mostly the same gear I had tested in my self supported stage races, but instead of carrying everything on my back, we were allowed to bring a 10kg duffle bag with camp clothes, sleeping bag etc. that got moved from camp to camp. ​​I ran in Hoka Speedgoats and with my usual super light Salomon S-lab shorts and lightweight Salomon T-shirts or Patagonia long sleeve shirts and I used my Salomon adv skin hydration vest.

We got breakfast and dinner in every camp and I had a mix of Tailwind, Gu Chews and Gu Stroopwaffles during the runs. This mostly worked until I felt pretty sick during stage 4 and wasn’t able to continue to eat during the last 2.5 hours. Luckily, there was a long downhill and I somehow managed to run down the mountain and make it across the finish line before the remaining content of my stomach decided to escape.​​​

Getting to Bhutan is not that easy. There are only a handful of flights from Thailand, India or Nepal and visitors also need a visa that was organized by Global Limits in advance. I decided to fly out a week earlier to stop in Hong Kong and Thailand to get used to the heat. I then flew from Bangkok to Paro airport in Bhutan two days before the race started.

We all met and stayed in Timphu and took buses to the start line at the beautiful Phunak Zhong fortress the next day and till had some time to explore sights and the fortress before the race started the next morning.

I really enjoyed Bhutan, loved the friendly atmosphere of our great group of runners and enjoyed staying in the monasteries and farm houses. I was extremely drained and exhausted by the end of the week, mostly because of the stomach issues and inability to eat enough, but it was a great week regardless and I would highly recommend this race. Such a great combination of running in beautiful valleys and mountains and getting to know this interesting country. 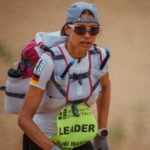 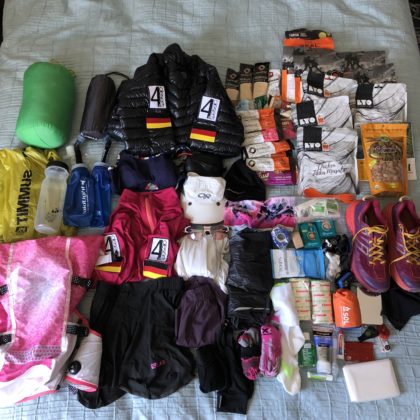 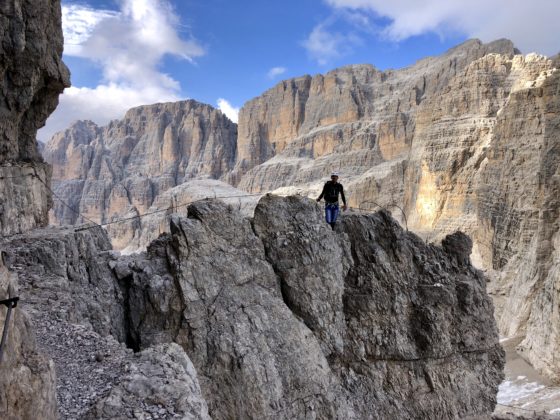 Trip Report: Brenta Crossing on the Via Ferrata delle Bocchette
A beautiful via ferrata fall adventure with @erik in the Dolomites.
by Angela Zaeh
Continue with FacebookContinue with Google