We knew that Dirty Kanza had been on Colin’s mind for a while. He had broken his pelvis in a mountain bike crash in October, which had derailed a lot of his early season base. Then he suffered a string of flats and crashes at LandRun100 and Belgian Waffle Ride. He was due for some things to go his way. And although his day at Dirty Kanza wasn’t flawless – a wrong turn and a couple of punctures he sealed up with plugs – his bold solo move around mile 110 earned him the win at the world’s most prestigious gravel race.

But we are bike geeks. So let’s talk about the bike, and dive into the details of the machine that he romped to the finish line in Emporia.

A long term partner with Enve, he chose the new 3.4 AR wheelset with Chris King R45 matte slate centerlock hubs. Tire choice is a hot topic, probably the biggest at DK – the technical, rocky nature of the route delivers thousands of flats each year. Colin went with a Specialized Pathfinder in size 42, with a healthy dose of Orange Seal tubeless sealant in each. As you can see, there is still a tubeless plug in his tire left over from a small puncture.

Finishing up on some details, Colin ran an Arundel pre production welded seam seat bag called the Gordo. Arundel also provided the three bottle cages – 2 Mandibles and 1 DTR/STR on the underside of the downtube. His saddle of choice is the Specialized Romin Evo 143. A last minute addition was the Silca Speed Capsule TT for extra storage. 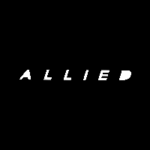 We build carbon machines of refined purpose, beautiful form, and strength. We do it all right here, beginning to end, in the United States.
Cycling
Bentonville, AR

INSIDE COLIN STRICKLAND’S DIRTY KANZA WINNING BRAIN, AND WHY HE OPTED OUT OF THE WORLD TOUR
As the 2019 season winds to a close, we caught up with the King of Gravel to chat about his perce...
by ALLIED CycleWorks 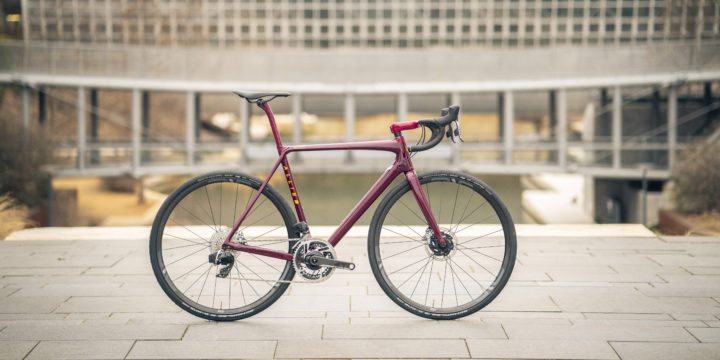 NAHBS Limited Edition ALLROAD
When you ride with Bryan Szykowny, expect to climb hills near your limit followed by a gripping d...
by ALLIED CycleWorks
Continue with FacebookContinue with Google