I have had a front row seat watching Elena Hight transition from competitive pipe rider to hard charging freerider/splitboarder, and it has been one the most impressive things I have seen in snowboarding.

From avi classes to alpine starts she has led the charge and set the tone making her new film, TGR’s Blank Canvas. It’s now available on all streaming devices.

Dropping in on a Blank Canvas. ⁣
⁣
From X-Games halfpipe walls to the steepest lines in Tahoe, @elenahight has made one of the smoothest transitions from freestyler to freerider in the history of the pro snowboarding. The new @tetongravity film Blank Canvas shares the story of Elena’s amazing transition as she embraces this creativity opportunity to change her career path and draw epic new lines in the mountains. Hear from Elena about the Blank Canvas project in a new story on the Jones Journal and watch the film on iTunes or TGR TV.
⁣
📷: @andrew_miller ⁣ 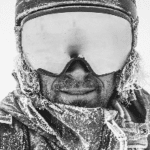 Avalanche Rescue Steps
Anyone who ventures out into the backcountry should have basic training in both avalanche beacon ...
by Jeremy Jones

The Five Red Flags of Avalanche Danger
The red flags are simple visual clues that are a sign of potential avalanche danger. I use these ...
by Jeremy Jones
Continue with FacebookContinue with Google