I don’t know about you, but when I first started running my hip flexors were always sore and tight…well…at least that’s how I used to describe them back then.

For years I kept up with this idea that they were “tight” and thus I just kept stretching the sh*t out of them.

It wasn’t until I had an interesting conversation with a yoga teacher of mine, that this idea was blown right out of the water.

“What if they’re not actually “tight” but rather they’re weak?”

So, the next logical question is:

How do you strengthen your hip flexors?

Here’s a short video that details a simple exercise that you can begin to incorporate into your strength routine right now.

Give it a try and then let me know what you think! 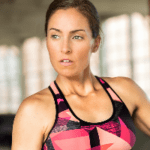