When I first met Pete, at dinner before the Belgian Waffle Ride last year, he told me something that I have not forgotten: referring to the break he’d taken from the World Tour to do a bunch of gravel events, he said, “A happy cyclist is a fast cyclist.” He went on to win the race two days later, so it must be true. The idea also explains why he came home to the US, after years of racing professionally in Europe. Pete has finished all three Grand Tours (Giro, Tour, Vuelta), which puts him in a very, very small group of American pro cyclists. By the end of last year, after a very strong ride in the Vuelta, he’d accomplished a lot in Europe, and it was time to try some new things. Whenever gravel events do come back, you can expect him to win races. He moves between Santa Rosa and Lake Tahoe with his wife Dyanna, has his own gravel race, and you can follow him on Strava, Instagram, and Twitter.

So give me some highlights and lowlights from the last month and a half in lockdown mode.

Highlights: I’ve done some bigger adventure rides than I ever did in my pro tour career. If the inspiration strikes you, just do something that you’ve never done before. So I’ve probably done cooler rides than ever before.

Lowlights: I’ve definitely woken up with a wicked hangover on a Tuesday morning! Actually, I don’t think there’s just one lowlight; it’s just death by a thousand cuts. Instead of a hard rule where every event can’t happen until September 1st, it’s like each month the next upcoming race gets canceled. Then it’s like, OK, what’s the next one? And it just keeps hitting you again and again.

How have you grown personally and professionally during this crisis?

We’re not out of it yet. I’m trying to stay busy, and I’m trying to wrap my head around different things. I’m trying to stay present and create content for my sponsors and those who believed in me even though I can’t provide them with race results. If I can’t do that on my bike in races, then there’s got to be another way to do that.

And you know how you know, how has your relationship with bicycles and the community changed, given that there are no events or group rides on the calendar?

My relationship with the bike hasn’t changed, because I’ve been a pro for most of my life. I’ve always been good at riding solo. Sometimes your training that day isn’t going to fit with anyone else’s on a group ride. So I often train alone already. And I’ve had some bad shit happen to me in my life as a pro bike racer. The bike has always been a form of meditation for processing grief and thoughts and a jumbled mindset. So this crisis is not a new thing for me, but it’s a continual reminder that the bike is really good company for going solo and mulling things over. That’s great.

Can Bicycles create positive change in the world during a crisis like this?

If you get more people on bikes then you’re alleviating road congestion and traffic and cars and greenhouse gases. And the overall health of a community gets better. Here in America, one of the early things they said was that the virus is hitting us at younger ages than it was everyone in China and other places, because it’s lung oriented. Some think the obesity epidemic in America is a big part of that. If your lungs are overstressed they’ve got to work harder. So the fact that we’re now riding and more active and fit than we might normally be, I hope it leads to healthier lifestyles in general, and maybe it will help with this whole virus thing, too.

And can athletes like yourself affect positive change in the community in any way during the crisis, even though you’re not out racing?

I hope so. There are always ways to tell stories, provide stoke and motivate people through imagery or personal experiences. I can encourage others to go out and try something and get after it. That’s the most important thing we can provide. 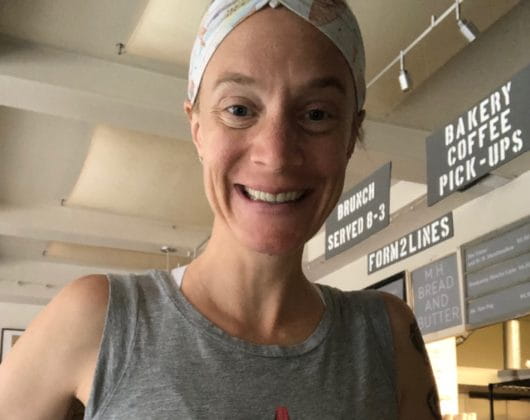 Life During Lockdown: Devon Yanko
In 2011, Devon was an aspiring elite marathoner who had signed up for the LA Marathon, where I wo...
by Peter Abraham 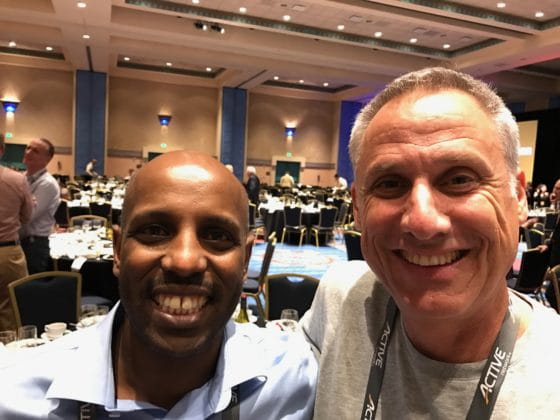 Life During Lockdown: Hawi Keflezighi
Hawi and I got to know each other in the running world. He’s an agent who represents some of the ...
by Peter Abraham
Continue with FacebookContinue with Google