Over my years as a professional athlete I have seen so many athletes retire and move on from professional sport.  Some have thrived in their next phase of life.  Some have maintained close ties to the sport that they called their job and career for so long, while others have moved entirely away from it and shifted their focus and motivation all together – beginning an entirely new chapter.

Others have struggled.  Whether it is the loss of identity, to lack of confidence in a tangible and transferable skill set, to decreased inspiration and drive for the next phase, to even the negative physical implications that can arise from years of training and competing at the highest level – transitions can be hard.

One of the themes I have heard repeatedly is that there exists a genuine lack of support for retiring athletes.  Things like financial management and planning, career coaches, mentors, and advisors to help with things like resume writing are all things that would help athletes transition.  However they largely don’t exist.

As part of this series, I am interviewing former professional athletes across a broad range of sports, focusing on their process of retirement – the ups and downs, the planning, the emotional and physical changes and more.  In addition I have asked for their tips and advice for those who are considering retirement soon.  I hope these interviews prove to be informative and helpful as the idea of moving on from professional sport comes into vision.

In this week’s interview, we hear from Samantha McGlone.  Sam is a former Professional Triathlete, competing for Canada in the 2004 Olympics in Athens, Greece. In 2006 Sam won the Ironman 70.3 World Championships, and then finished 2nd at the 2007 Ironman World Championships in Kona, Hawaii (what many of us know as the “Hawaii Ironman”).  After a 10-year career spanning from 2002-2012, Sam retired and almost immediately shifted her focus, beginning medical school just weeks after her final professional race.

As she explains, Sam began racing in triathlon at the age of 14, so I really enjoyed reading about her experience of competing at a world class level, and then shifting into something that required an equal commitment of time and focus.  I hope you enjoy Sam’s story.

Can you give us a bit of background about yourself.  What sport did you play?  At what age did you turn professional?  How long were you competing for as a professional athlete? Did you go to University?

I was a professional triathlete for 10 years from 2002 – 2012. I started triathlon in high school and completed my first race at 14.  It started as summer training for track and cross country and soon became my primary sport.   I did track and swimming during college at McGill University in Montreal and transitioned into professional triathlon career after graduation in 2002. At that time I raced ITU World Cups series and competed in the Olympics in Athens in 2004 before transitioning into Ironman and 70.3 distances in 2006.

What are you doing today from a career perspective?

How did the sport define you?  Did you feel like it was a big part of your identity?

Of course.  Any sport at a high level, and especially endurance sport such as triathlon, requires an immense time commitment.  The life style with full time training and travelling to races is unique.  It becomes a large part of your self-identity. Confidence comes from success in your sport and it can become all consuming,  I think competing at anything at that level requires some measure of imbalance in the rest of your life, but it is important to remember there is a larger world outside of the bubble.

How long were you contemplating retirement before you actually pulled the plug?

I had always planned on going to medical school after my triathlon career ended. I initially gave myself a few years after finishing my undergraduate studies to see how far I could go in the sport.  I greatly exceeded my own expectations and was thrilled to make a career in sport for as long as I did.  But med school was always in the back of my mind.

What were your feelings around retirement?  Were you nervous? sad? excited? conflicted?

All of the above.  Any time such a huge component of your life ends, this is accompanied by some feeling of trepidation  Medicine would be a long road and I didn’t want to put off starting for too long, however retirement means there is always an unanswered question of if I could have achieved more in sport.  Overall though, I loved competing and achieved far beyond what I thought I was capable of in triathlon.  I was very satisfied with my career and it felt like an appropriate time to transition.

Were you concerned at all about loss of identity?

Yes, but I was also excited for something new.  And I very deliberately chose something all-encompassing to throw myself into, so there was immediately this new identity that was just as exciting and full of potential.

Many athletes talk about falling into depression after their career has ended.  Did you experience that at all?

I certainly felt nostalgia and sadness about that part of my life ending but I chose a quick turn-around time so there wasn’t a lot of time to lament that loss.  I completed my last race (the 2012 Antwerp 70.3) 10 days before starting med school.

What were your feelings around decreasing your training and exiting competition?  How did you address that?

The decreased physical activity was certainly a change.  I stayed in Tucson where I had been living and training already so this was a blessing. I was still surrounded by friends who continued to compete in the sport and I had plenty of opportunity to jump into training sessions when I had time.  I continued to run most mornings and swim or bike a few times a week.  So a gradually eased myself out of the 40hour+ training weeks into a more sustainable lifestyle.

When you retired did you already have a plan in place for what was next, or did you approach it only after retirement?  If the former, did you find it difficult to both focus on your future while staying committed to competing at the highest level still?

How did you determine what would be next?  What process did you go through to figure it out?  Did you have a hard time seeing the path forward?

It was daunting to think of starting a new career where I would be in training for the next 7+ years.  There was definitely time when I second guessed if I wanted to take that on at this point. But it had been a goal for so long I always kept coming back to it and medicine just felt like the right path for me.

What was your timeline for determining your next steps?  Did you feel pressure or anxiety around this?

Do you look back with any regrets or wish you had done anything differently in this process?

I think it’s always hard to exit at the perfect time.  I would have liked to complete a full final season racing and have a more definitive retirement date.  I had planned to compete at Hawaii one last time as my final race, however an injury kept me from training the longer distances so I abbreviated the season and planned some fun, shorter races in destinations I had never been to. I enjoyed my retirement tour but wished I could have completed a full season and had a  little more closure on my career.

How long would you say it took before you felt like you had found your stride after retiring?

Within a few weeks.  I missed sport but had this great new thing to focus and I had no choice but to jump right in.

What are you top 5 things you wish someone had taught you/ told you before you retired?

Keep active but use this as an opportunity to explore new sports.  I loved transitioning to mountain biking, trail running and skiing – things I love but did not do much of when I was training and competing seriously.

Find something that engages you as much as sport did.  Typically, the personality types that are drawn to a tough sport like triathlon require a challenge. Find something you can throw yourself into that will inspire you on a daily basis.

Don’t be afraid of a big change.  It can seem daunting to start something totally new after a long career in sport, but most of us will retire in our 30s. This is young. There is plenty of time to take on a new project that may take several years to complete.

Be humble. Don’t be afraid to start at the bottom in a new field. When you are at a high level in an area of your life you get used to seeing small, incremental gains.  It is hugely satisfying to make rapid progress and see daily improvements in something totally new.

Retirement for athletes can be a very scary thing – many people don’t know how to take that next step.  Are there any resources you used that you found helpful?

Find a great mentor who has a career path you are interested in.  A great thing about triathlon is that there are so many interesting and accomplished people in our sport. I connected with triathletes who were also physicians and they guided and encouraged me along the way which was invaluable. 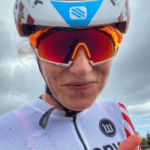 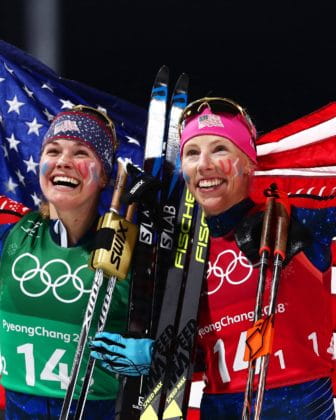 Retirement From Sport: Kikkan Randall – 5x Olympian and Olympic Gold Medalist
Over my years as a professional athlete I have seen so many athletes retire and move on from prof...
by Sarah Piampiano 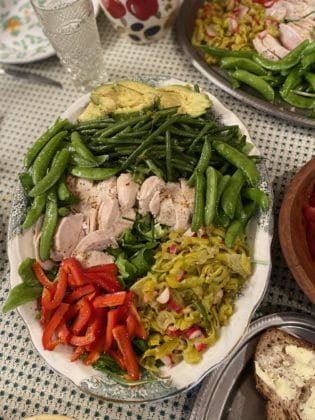 Poached Chicken Summer Salad
I saw this recipe in Bon Appetit recently and had to give it a try. It was as good as it looked &...
by Sarah Piampiano
Continue with FacebookContinue with Google