Alison Tetrick: A Letter to my Younger Self

If you could travel back in time, what would you say to your younger self? As part of a new Letter to my Younger Self series on @prokit, we’re giving athletes the pen to share their thoughts. Here’s the first by the one-and-only Queen of Gravel, Alison Tetrick.

Wear the boots. Be the ice princess. Sparkle with the buckle. Embrace the enigma. Be boldly you. Choose your own dreams.

That’s what I would tell my younger self.

She was raised raw. Unfiltered. She was a cowgirl. Or, maybe she was just a wild and free human being. Isn’t that how we all start? The world had no limits, as long as you tried your best and continued to push forward. There were no barriers. No stereotypes.Yes, there were plenty of rules, because, well, that’s life. But there were no limits. She could hop on a horse and ride into the sunset only to realize that she was hungry and the ice cream stowed away in her pocket had melted. I didn’t make that mistake again. Also, she was thirsty. Note to self, next time bring water. She could play football. That’s what her dad did. She has his shoulders. She could play tennis like her mom. She could just get outside, because the ranch was full of opportunities to be whatever you wanted to be. It was literal wide-open spaces, as it should be. She was sheltered out there, but this also made her fiercely independent. At one point, she lost this vastness of potential. She conformed. Don’t we all.

She went to school. She had to dress a certain way. Well, in her defense, there was a dress code. That skirt was certainly knee length. They measured. She needed to laugh at jokes she didn’t understand. How do you get jokes if you have never watched TV? She watched the world. She chose science and studied hard. She wanted perfection. Who doesn’t want perfection?

She played tennis. She wanted a sport and she liked the skirts. Her grandfather told her to try cycling. She did. She bought a bike on eBay. She raced. She won. She kept that science brain titrating. She crashed. A lot. Her life was changed, but it was also saved.

Life has a way of happening just the way it is supposed to. It doesn’t happen the way you planned. Sometimes I miss my vibrant and starry-eyed younger self. She didn’t know she could fail. She didn’t know the pain that would happen between then and now. But then again, I wouldn’t trade who I am now for who I was then.

I would look at that girl and tell her to own her truth. If she wants to live in “Daisy Dukes”and ride bikes or horses and study chemistry, keep doing that. And if she doesn’t, that’s okay too. The critics be damned. She doesn’t have to make sense. She just needs to embrace the enigma of herself and keep exploring that labyrinth. Search deep within yourself and find the goal that inspires you. That is harder than you think. We can often be distracted by the goal that is impressed upon us. The goal that gets us fame or societal accolades. Those goals can be your goal, they can be your plan, or they can be a distraction to what is ultimately the fork in the road you are destined to face.

And when you find yourself on an unfamiliar path, take a look around at the wonders of this new place. Maybe it’s time to recalibrate and reset your goal and embrace the twists and turns in life. Do you think it will take a lifetime to get where you want to go? Good. A lifetime is just what we’ve got.

Younger self — wear the boots. They never go out of style. Find a goal that you want to pursue. This is about you and not the patriarchy.  Your goal needs to inspire you. Your gold star may not be the world’s gold medal, but it is yours. And that will make it all the more extraordinary. Don’t change your name. Or do. But don’t listen to the noise telling you what you should do. Never apologize for who you love. Always take “me” time. Stand up for yourself and say no. You don’t have to please everyone. You can be a mystery. You don’t have to make sense to the masses. Just be boldly you. That is the most beautiful part of you. It’s you.

Life is hard. It hurts. But you can do hard things and excel. You will cherish who you are on the other side. This isn’t about bikes. It isn’t about your career. It goes into the intense ether simmering in your soul. When you are filled with joy because you are riding the exact gravel road that you were intended to, you smile. You look back, and think, I wouldn’t trade this for the world. Be boldly you. Your future self will thank you.

Leave a comment to let Alison Tetrick what you think about her letter or follow her on Prokit. We’ll feature more letters to their younger selves on TheProkit.com in the coming weeks. You can also listen to our podcast with Alison from fall 2019. 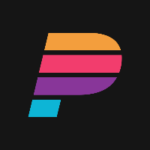 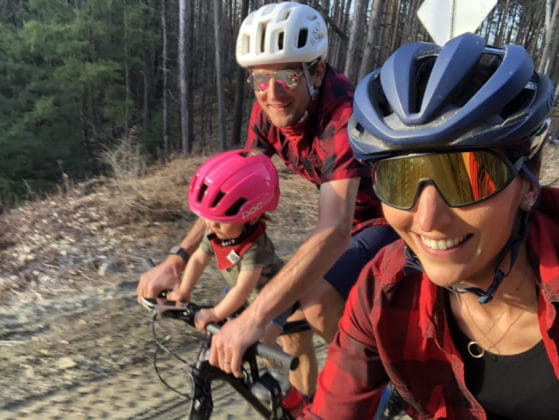 The Pro’s Kit: Laura King
Cyclist Laura King takes us inside her how she does what she does, from favorite books and podcas...
by Prokit 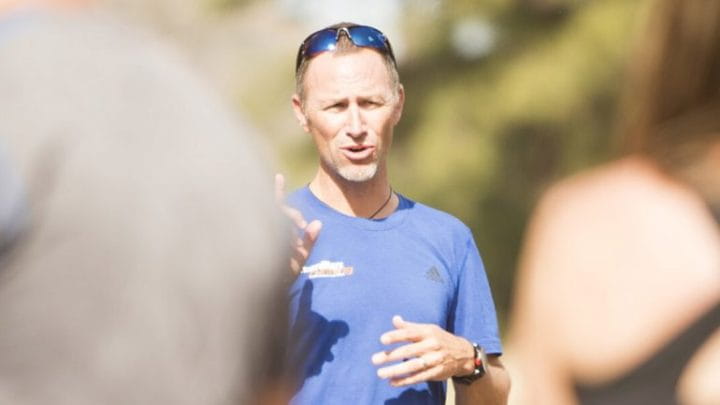