The Athlete CEO: The secrets of owning your odds and changing the certainty of success

My great-grandmother Elisabeth Oestreich was a middle-distance runner. She won the German Athletics Championships in 1000m and 800m in 1926 and 1927, respectively, and competed in the Women’s 800m at the 1928 Summer Olympics in Amsterdam.

I started training track and field at the age of nine and on a hot summer day in 2001, I participated in a particularly memorable track and field event. I was supposed to do 60m sprints, hurdles, long jump, high jump, shot put, discus, relays, and finally 800m. While I had collected a number of medals in sprints and hurdles, running 800m was not my strength.

The 800m is the most challenging distance; it’s half aerobic and half anaerobic. You have to be both a distance runner and a sprinter in order to succeed. It is the most difficult race to pace and is especially hard to train for. By the 600m mark, your legs are full of lactic acid, which essentially makes the last 200m feel like hell. It can psychologically break you.

A few weeks before the event, my coach changed my training schedule, making me visualize my exercises more and sending me home with mental workouts to do before bed. I don’t think I realized the importance of those back then. I was particularly nervous that day and remember getting into my starting blocks for the 60m sprints. The guard checked all our positions and asked if I was ready. I said “I believe so” and he said “That’s not the right answer. You gotta be certain. Are you certain?”

“If you develop the absolute sense of certainty that powerful beliefs provide, then you can get yourself to accomplish virtually anything, including those things that other people are certain are impossible.” — Tony Robbins

I had the same coach from the age of 9 to 16. She knew my strengths and weak spots, and her job was to point out all the little things I did that kept me from getting better. During peak times, I trained 5 times a week. My parents never put any pressure on me and I forced my dad to go for runs on the beach during our summer holidays. I had tremendous respect for my coach. She taught me so much about building resilience, and the importance of habits and teamwork.

There are many similarities between being a founder and an athlete — from evaluating risk and reward, moving from being unknown into the public spotlight, eliminating constraints to innovate on established routes, and knowing where you can fall and where you can’t. Athletes understand the importance of recovery, teamwork, focus, and self-reflection, and know what it means to build resilience and perseverance. The ones that make it to the top are those who never let anything stop them. Robin Dechant from Point Nine Capital recently wrote more about how elite athletes succeed and what we can learn from them.

There is another type of person that needs these same qualities to succeed, and now I’m talking to you, startup founders. The odds of success for both a professional athlete and a founder are small. The FOGG model suggests that even if you have the ability to do something that is hard and the motivation to go after it, you still need trigger events that set off a certain behavior in order to succeed. Coaches and mentors (also us as VCs) can be seen as facilitators to trigger these behaviors.

The role of the coach

Have you ever wondered how world-class athletes get to where they are? They get into the right state, physiology, and focus. They practice over and over again until movements are so ingrained in their body, they become second nature. Coaches play an incremental role in their success.

An Olympic athlete wouldn’t be expected to reach his or her full potential without a coach. But for some reason, many founders think they should be able to build a high-growth business without any support. Instead, you should aim to be the Athlete CEO, a CEO who is aware of his or her weaknesses and building a high-performing team designed to last.

In the past few years, a growing number of high-profile athletes have gone public with their mental health and psychological struggles. Similarly, the founder journey can be lonely, and the longer quarantine goes on, the more likely we are to see a barbell effect in mental wellbeing, even among the most privileged. This will be influenced by the presence or absence of strong support networks, and the level of extroversion and fluency around coping mechanisms against stress.

Transitioning from founder to leader

In sports, you can be a sprinter or a distance runner. In business, you need to be both. Between your Seed and Series A, when your company is growing from a pony to a racehorse, founders have to transition from entrepreneur to leader, which involves a change of mindset. Founders must develop their executive persona, figure out their strengths and learn to play to them, improve communication with the team, and learn how to create a sense of purpose. This may not come naturally to everyone, and many founders want to go full throttle without identifying these important nuances. They end up sacrificing their mental health in the process, often unable to sleep from anxiety.

“How you climb a mountain is more important than reaching the top.” ― Yvon Chouinard, Founder of Patagonia

I believe that if they want to build a high-performing team and run a company that is built to last, entrepreneurs should engage in a deliberate practice to develop the full range of abilities that success requires. This also means working on what you lack. You could do it yourself, but most people don’t know where to start or how to proceed. Your coach will provide objective eyes and ears, and make you see where you are falling short.

If you improve by 1% in 5 areas, that’s already a huge success. Small changes matter. In the book Atomic Habits, James Clear writes about the British cycling team who went from one of the worst teams in the world to dominating the sport on a global level by making hundreds of tiny, incremental changes.

“The secret to maximizing your odds of success is to choose the right field of competition. This is just as true with habit change as it is with sports and business. Habits are easier to perform, and more satisfying to stick with, when they align with your natural inclinations and abilities. Embracing this strategy requires the acceptance of the simple truth that people are born with different abilities.” — James Clear, Atomic Habits

In October 2019, Allyson Felix smashed a world record held by Usain Bolt, widely known as the world’s fastest man, just 10 months after giving birth with an emergency C-section. She has achieved extraordinary things. Most people are not even close to reaching their full potential. Successful leaders, in sports and business, know how to create momentum. If you want to change the momentum, it’s not about changing the potential. The real secret is changing the certainty that makes somebody a great leader. If we want to change the certainty, we have to produce that certainty. Working with a coach can help you get there.

Why athletes visualize success and you should too

The best athletes mentally rehearse to eliminate the unknowns that create competitive anxiety. “I am a big believer in visualization. I run through my races mentally so that I feel even more prepared,” says Allison Felix, the most accomplished track and field sprinter, mother and World Championships record holder.

A study conducted by Dr. Biasiotto of the University of Chicago split people into three groups, testing each one on how many free throws they could make. After that, he had the first group practice free throws for one hour every day. The second group simply visualized themselves making free throws for 30 minutes per day — they literally went to the gym and spent a half-hour with their eyes closed. The third group did nothing.

By seeing themselves succeed over and over again, athletes produce so much certainty that when it’s time to do it, they execute it. This can also help entrepreneurs organize their thoughts and prepare themselves for any possible scenario they could face. A coach can teach you how to include small mindfulness practices in your day-to-day, without adding more to your busy schedule.

Before that hot summer day in 2001 when I was supposed to compete in the 800m, I had mainly done the daily mental exercises my coach had assigned me a few weeks before. It worked and I ended up winning a bronze medal that day. I didn’t win it because I practiced for hours every day. I won it because my coach helped me produce the certainty that I would.

✉️ I’d love your feedback, questions, and comments and if you’re working on something new, I’d love to hear from you. 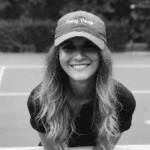