The Importance of Pelvic Strength Work During and After Pregnancy

Along with cycling regularly, I was running two to three times a week in the first trimester of pregnancy. Around twelve weeks I noticed that I would return from a run and feel an intense soreness around my pelvis and pubic bone. The pain quickly escalated; in the beginning I didn’t experience discomfort during the run, however within hours I’d be hobbling around and feel nearly crippled.

With the pelvic pain only intensifying, I came to the conclusion that I was experiencing “pelvic girdle pain (PGP)” or “symphysis pubis dysfunction (SPD)”. When you become pregnant the hormone “relaxin” is present to begin to prepare your body for labor in nine months. Its function is what its name suggests as it increases laxity in the joints so that eventually your pelvis will be expand to allow a baby through. Around one in five women experience extreme laxity in that their body overreacts to the hormone. The pelvis is a major contributor to stability and supporting load in the body, as such, laxity can cause a great deal of pain. Aggravating activities could leave my pelvis feeling as though it was ripping in half.

I researched enough to get pretty worked up about my self diagnosis. I remember calling my mom crying as I was concerned how much the pain might progress later in pregnancy: some articles had suggested that the worst cases could result in being wheelchair bound due to crippling pain. With more research I learned that such thing as a “pelvic physical therapist” specialty exists. There was a pelvic focused PT clinic near my home in Burlington, Vermont and I booked an appointment right away.

While I knew that many postpartum mothers need to rehab their pelvic floor, I wasn’t certain that the PT would be able to help me alleviate my pain caused from activity during pregnancy. I figured it was worth having a professional assess my body, pinpoint any weaknesses and as least inform me as to what I should do to help the situation and what would cause further pain or damage.

My symptoms progressed so much that even long walks or hikes caused pain. Sometimes the pain was the worst when trying to turn over in bed. When I would sit for long periods of time I had to stand up gingerly and my first few steps made me feel like an elderly woman.

I visited the PT with the goal to keep running and my therapist was on board to help me achieve that. Unfortunately, I soon learned that no amount of strength work was going to compensate for the extreme laxity I was experiencing and my pelvis simply couldn’t handle anything that brought load onto a single leg. Single leg exercises exacerbated the situation (with the exception of my PT strength work where focused glute activation helped). Even getting dressed and standing on one leg to put on pants hurt. I learned how to lessen the pain by sitting down to put on socks or pants, by twisting my body at once to get out of the car rather than stepping out onto one leg and to be careful with stairs. I could no longer swim breaststroke at the pool or do a lot of kick work.

I made the conscious decision to be grateful for what I COULD do in pregnancy–so much so that anyone who followed my journey would probably be surprised to learn that I experienced this debilitating pain. I was able to compete in bike races and events (culminating in over 4,300 miles ridden during pregnancy) and I swam two to three times per week with a masters swim team.

One of the first pieces of feedback I received at PT was to SLOW DOWN. This is not traditional strength work, this is training weak muscles to fire (predominately glutes) and to better activate. The glutes play an important role in stability for the entire pelvis. Five to ten reps was the recommendation for most exercises which felt insignificant but the PT encouraged me to focus on slowing down and feeling the muscle properly engage. I’ve never been very good at slowing down.

As we are in a unique COVID-19 time, many are not able to visit a PT office so it felt valuable to share my key learnings. I wanted to highlight some of the foundational strength exercises that the PT gave me during pregnancy and that I’ve found valuable postpartum as I recover from labor. If you have similar symptoms to mine, pain levels should not be exacerbated during or after these exercises. My disclaimer is that it is very important to be individually assessed and that these are not meant in replacement of professional medical advice. Need somewhere to begin? My close friend and Stanford Orthopedic physician Emily Kraus (@ekraus) could point you in the right direction.

Recovering postpartum? The pelvic floor is extremely weak in the days and weeks after giving birth and the exercises below are best after progressing through some really basic exercises first. I worked through this postpartum program and you must not progress to the subsequent exercise until you feel confident and steady with the previous. You’ll notice I am not perfect in my form and I spot some shakiness at times; that means I still have more work to do!

Finally, as I am now three weeks postpartum, my pelvic soreness has greatly diminished since giving birth. Yes, relaxin is still in my system during breastfeeding so I must be careful, but so far I don’t have significant soreness or pain. I’ve progressed from walking the first week to hiking the following week and some brief one minute run strides sprinkled in with my walk in the third week with no increased pain. Progress with strength training seems to be coming along quickly–but with over nine months of ligaments stretching and lengthening, it takes time for everything to return to normal so stay diligent with the work. Finally, don’t assume that urine leakage or any pain is normal long term, a pelvic PT can help address any ongoing issues so be proactive in your postpartum period and don’t dismiss taking care of you! 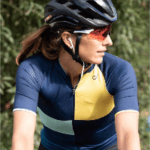 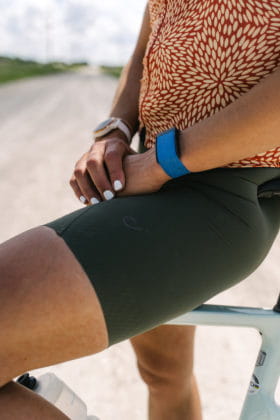 My Whoop Told Me I Was Pregnant
Well, it clued me in, that is. What’s a Whoop anyway? This wrist strap is often mistaken fo...
by Laura King 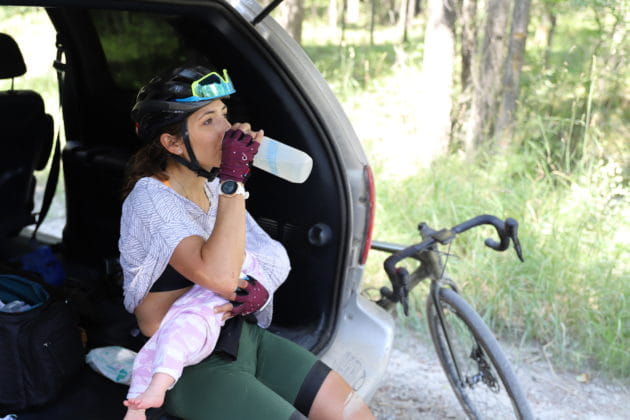 Breastfeeding and the Endurance Athlete
“Of course, everyone around the couple had an opinion. Friends who dropped by would give their ad...
by Laura King
Continue with FacebookContinue with Google