The Weight of Gold

Depression doesn’t care how many medals you won, how much money you have, or how tough you think you are. Proud to announce a new documentary film project we have been working on over the last few years called The Weight of Gold premiering tonight on HBO.

Three years ago my dear college friend Jeremy Bloom called and asked if I would get involved with funding a documentary film project he and Michael Phelps were producing with the fantastically talented Emmy Award winning director Brett Rapkin.

The goal of the film was to reduce the stigma by shining the light on just how big of a problem mental health, depression, and suicide is for Olympic athletes. At the time I could have never imagined that it would premiere on HBO.

It has turned into a truly wonderful film that I think you will enjoy and learn a lot from featuring many of the biggest names in Olympic athletics including Bode Miller, Shaun White, Apolo Anton Ohno, Lolo Jones, Gracee Gold, Sasha Cohen, and more.

As former athletes Brit and I are proud to have supported this work through our foundation Sunrise. Watch it tonight at 6PST on HBO, and starting tomorrow stream it on HBO Max.

Spread the word. You are #notalone.

In a typical year, more than 3.6 billion people globally tune in to watch the Olympic Games. What most of these viewers don’t know is that just like one in five Americans, many of these Olympic athletes similarly face serious mental health challenges and struggle to find the necessary support and resources. 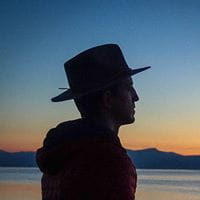