A collection of quotes from Dean Karnazes

“Run when you can, walk if you have to, crawl if you must; just never give up.”

“I run because if I didn’t, I’d be sluggish and glum and spend too much time on the couch. I run to breathe the fresh air. I run to explore. I run to escape the ordinary. I run…to savor the trip along the way. Life becomes a little more vibrant, a little more intense. I like that.”

“Struggling and suffering are the essence of a life worth living. If you’re not pushing yourself beyond the comfort zone, if you’re not demanding more from yourself – expanding and learning as you go – you’re choosing a numb existence. You’re denying yourself an extraordinary trip.”

“Some seek the comfort of their therapist’s office, other head to the corner pub and dive into a pint, but I chose running as my therapy.”

“People think I’m crazy to put myself through such torture, though I would argue otherwise. Somewhere along the line we seem to have confused comfort with happiness. Dostoyevsky had it right: ‘Suffering is the sole origin of consciousness.’ Never are my senses more engaged than when the pain sets in. There is a magic in misery. Just ask any runner.”

“I run because long after my footprints fade away, maybe I will have inspired a few to reject the easy path, hit the trails, put one foot in front of the other, and come to the same conclusion I did: I run because it always takes me where I want to go.”

“Running is about finding your inner peace, and so is a life well lived.”

“If you can’t run, then walk. And if you can’t walk, then crawl. Do what you have to do. Just keep moving forward and never, ever give up.”

“Somewhere along the line we seem to have confused comfort with happiness.”

“Most people never get there. They’re afraid or unwilling to demand enough of themselves and take the easy road, the path of least resistance. But struggling and suffering, as I now saw it, were the essence of a life worth living. If you’re not pushing yourself beyond the comfort zone, if you’re not constantly demanding more from yourself–expanding and learning as you go–your choosing a numb existence. Your denying yourself an extraordinary trip.”

“As long as my heart’s still in it, I’ll keep going. If the passion’s there, why stop?…There’ll likely be a point of diminishing returns, a point where my strength will begin to wane. Until then, I’ll just keep plodding onward, putting one foot in front of the other to the best of my ability. Smiling the entire time.”

“Sometimes you’ve got to go through hell to get to heaven.”

“Most dreams die a slow death. They’re conceived in a moment of passion, with the prospect of endless possibility, but often languish and are not pursued with the same heartfelt intensity as when first born. Slowly, subtly, a dream becomes elusive and ephemeral. People who’ve lost their own dreams become pessimists and cynics. They feel like the time and devotion spent on chasing their dreams were wasted. The emotional scars last forever.”

“How to run an ultramarathon ? Puff out your chest, put one foot in front of the other, and don’t stop till you cross the finish line.”

“Unless you’re not pushing yourself, you’re not living to the fullest. You can’t be afraid to fail, but unless you fail, you haven’t pushed hard enough.”

“The human body has limitations; the human spirit is boundless.”

“I wasn’t born with any innate talent. I’ve never been naturally gifted at anything. I always had to work at it. The only way I knew how to succeed was to try harder than anyone else. Dogged persistence is what got me through life. But here was something I was half-decent at. Being able to run great distances was the one thing I could offer the world. Others might be faster, but I could go longer. My strongest quality is that I never give up.”

“Want a strong, solid relationship that is willing to go the distance? Get to know your running shoes.”

“I have found my church, and it is at the end of a long trail on a distant mountainship. It is there that I feel most at peace, entirely content and whole.”

“Endurance is one of the most difficult disciplines, but it is the one who endures that the final victory comes.”

“Once you permit yourself to compromise, you fail yourself.”

“Some seek the comfort of their therapist’s office, others head for the corner pub and dive into a pint, but I choose running as my therapy. It was the best source of renewal there was. I couldn’t recall a single time that I felt worse after a run than before. What drug could compete? As Lily Tomlin said, “Exercise is for people who can’t handle drugs and alcohol.” I’d also come to recognize that the simplicity of running was quite liberating. Modern man has virtually everything one could desire, but too often we’re still not fulfilled. “Things” don’t bring happiness. Some of my finest moments came while running down the open road, little more than a pair of shoes and shorts to my name. A runner doesn’t need much. Thoreau once said that a man’s riches are based on what he can do without. Perhaps in needing less, you’re actually getting more.”

“Never, however, do I take shortcuts. There is not path of least resistance in my training. What I do equates to hard manual labor, disciplined grunt work. Once you permit yourself to compromise, you fail yourself. You might be able to fool some people, but you can never fool yourself. Your toughest critic is the one you face every morning in the mirror.” 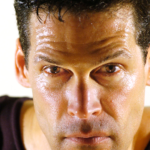 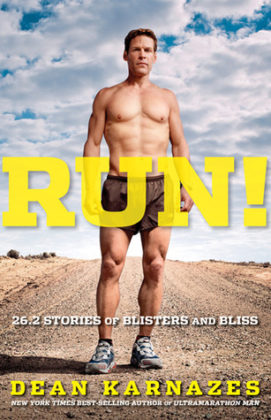 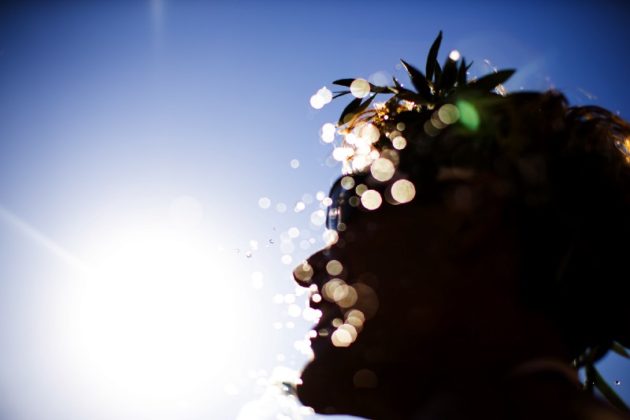