Making an Impact with JoJe´ Bar: Food Drive/Bike-Thru is a Success!

I remember it clearly. It was a Friday in March when Sam came home from a substitute teaching job to announce that schools were closing until April 10th.  At that moment, I didn’t fear the pandemic or its progression. Instead,  I immediately feared the reality that kids would not be able to access meals at school.

Over the next few days, I began to strategize what I could do to help.  Many of you know my story, but if you don’t, here is the quick version of why I’m so attached to preventing childhood hunger.  I was raised by a single-parent mother who was a cleaning woman.  I have vivid memories of racing my sister into the vacation rentals that my mom cleaned in order to see what was left behind in the cabinets and the fridge.  On the truly lucky occasions a guest would leave behind ice cream.  You don’t forget this kind of insecurity, and I’m convinced that it led to my curiosity in pursuing “food” as a profession.

Since 2017 I’ve been an ambassador to Chefs Cycle for No Kid Hungry and had the privilege to combine my two passions, bikes and food, to help raise funds and awareness to prevent childhood hunger.  On this particular Friday, I looked at the No Kid Hungry website and saw they would be funding drive-thru programs that would continue to offer school lunches. For some kids, these programs represent the only opportunity to have a meal in a single day.  Next, I looked for schools in my area that I could volunteer at.  This led to a dead-end, as volunteers were no longer being trained on account of the pandemic.

Despite the setback, my quick research spurred me in the direction of Feeding San Diego, our local branch of the national non-profit, Feeding America, which utilizes its network of food banks, shelters, and community-based agencies to work towards ending hunger. I emailed their representatives immediately, pitching him the idea of creating a socially distanced drive-/bike-thru food drive. I emphasized that the platform I had accrued as a professional athlete and business owner would broaden the reach and strengthen our efforts.  Feeding San Diego was instantly on board and helped to realize my vision.

One may think that, as a food company, the obvious route would be to donate a truck of JoJé Bars, but like the situation we are faced with now, it is not that simple. Though our company continues to grow, the financial flexibility we have that allows us to contribute stock remains limited. However, where the company cannot spend dollars, we instead spend time galvanizing our customers, who are our peers and our friends, to rally together and advocate for those in need.

My dear friend Lauren Diaz, Chief Operating Officer of Padres Pedal the Cause and Co-Founder of BeSpoken, a community activist group that works to cultivate empowerment, education, and engagement,  became intently involved after I ran the idea by her. From there, I recruited Eileen Blasi, Co-Founder of BeSpoken, and Michael Marckx, Creative Director for Eliel Cycling Apparel as consultants on how to properly and successfully execute my idea because I consider these people leaders in our community.  Sam was right there through all of this, supporting these efforts on a daily basis.

We connected with Union Cowork, whose Encinitas location was once the Community Resource Center (CRC). As a locally owned small business, they were also looking to champion a cause.  Between media connections of Lauren and Union Cowork, we were off to a roaring start of spreading the word through the community.

The day of the drive, MOTHER NATURE HAD ANOTHER PLAN….

Torrential downpour, flooding, and closed freeways forced us to delay the event.  I was devastated, but Sam lifted me back up and we got to work on a postponement plan.  The community rallied around us, Feeding San Diego adjusted their announcements, and Lauren landed me a spot on the CBS morning news.  That crazy storm was actually serving a purpose.

After feeling so much positive support from the news segment, I learned the night before the drive that San Diego Mayor, Kevin Faulconer, had just announced our food drive-/bike-thru on the NPR nightly wrap-up.

Sunshine greeted us on our rescheduled date.  Friends, community members, neighbors bringing van-loads of food collected in their area, more friends on bikes, and new faces came out to donate.  The mood was incredibly uplifting for all.  The Encinitas CRC , an affiliate of Feeding San Diego, came to pick up the food.  We learned a few days later that we had collected 1,800 pounds, almost a literal ton, that would go to children, families, elderly, the food pantry, and the domestic violence shelter.

Union Cowork stepped up right away and suggested a second drive at their San Marcos location.  Within days, I was in contact with Mayor Rebecca Jones, who announced the drive on the same CBS morning show and came and made a donation in person. Sam, connecting the dots of why we spearheaded this initiative in the first place, reached out to the schools in San Marcos to spread the word and alert the community members of how they could make a difference.

After the CRC collected and tallied the haul from our second drive, we learned we had collected 1,500 pounds of food.

While JoJé may be in the business of selling energy bars, the heart of our existence is about community and being able to contribute to the world in a meaningful and positive way.  While we experienced setbacks as our own production was shut down due to the pandemic, the best thing for us to do was to focus on how we could effectively build up our community.  In doing so, we learned a lot and hope we lead by example and possibly inspire a few people along the way.

Thank you for continuing to support us! 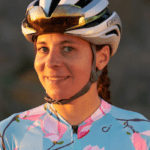 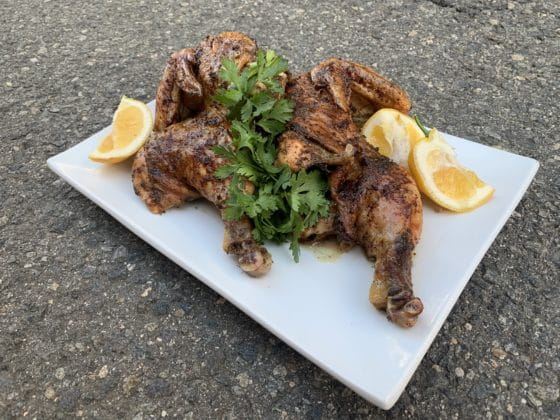 Spatchcock Chicken
This is the easiest and most delicious roast chicken you will ever make. You need only a few basi...
by Jess Cerra 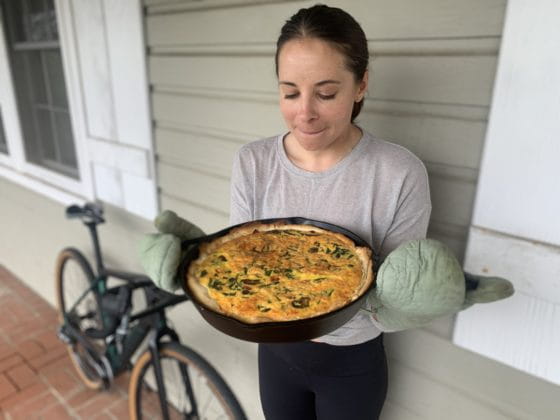 Quiche Quarantine
I’m back with one of my favorite post-ride recipes! Sorry, I couldn’t help myself with the theme ...
by Jess Cerra
Continue with FacebookContinue with Google