What I Learned at the Olympic Trials Marathon

Having spent the last 15 years working with running events and brands, I love going to the Olympic Trials and getting an overview of the sport. In addition, I’ve been on the board of the Hoka Northern Arizona Elite professional running team since they started in 2014. I serve as a marketing and media mentor for both the athletes and the coach, Ben Rosario. It’s work that I love doing, and I’ve written before about @peterabraham/why-every-athlete-is-a-brand-86bf29d552a8" target="_blank" rel="noreferrer noopener">how I collaborate with the athletes to help them share their stories with the world.

I traveled with the team to Atlanta for the 2020 USATF Olympic Trials marathon. We had six athletes participating in the race: Scott Smith, Scott Fauble, Sid Vaughn, Steph Bruce, Aliphine Tuliamuk, and Kellyn Taylor. Because it’s held only every four years, and features only the top American athletes, the Trials is the most important marathon in the country. The stakes are incredibly high, as only the top three men and women qualify for the Olympics. Everyone else goes home. I was there to assist with media, event, and communications support before, during, and after the race. I got the added bonus of watching our athlete Aliphine Tuliamuk win the race, which was a transformational moment for the team. Like I did four years ago after the Los Angeles Trials, I wanted to share what I learned in Atlanta:

1. Women — the story of the weekend: The theme of the event was not only the huge number of women participating (511 qualified, nearly double the number from 2016), but how they all supported each other so beautifully. I believe inclusion and diversity is the single most important trend in sport and culture right now. It was amazing to see this play out at the race. Nothing illustrated this more completely than the group hug between our winner Aliphine Tuliamuk and her teammates Steph Bruce (6th) and Kellyn Taylor (8th). There were maybe 20 male and 20 female athletes who had a realistic chance to make the Olympic team. That means that six finish in the top three while the remaining 34 face bitter disappointment after training for months and years toward that goal. These three women from NAZ Elite have developed a strong relationship training together, and the hug showed us all how that bond overcame the bitter pill of not making the team for Steph & Kellyn.

Coach Ben Rosario, locked in at dawn in the race hotel, writing his email preview on Thursday

2. The race takes a lot of prep: The athletes and coaches have been getting ready for the Trials for years, but there’s also a lot to do for media, community and sponsor activation. Ben & his wife Jen and I started planning for the Trials in December. We wanted to cover a lot of bases: Social media assets, live events, race photography, email messaging, and collaborations with our brand partner Hoka. Ben’s assignment to Jen and I was to “give our fans all over the world a feel for what it’s like to be there in person.” That was a great strategy to guide all of our activation. So we built all kinds of graphics that would eventually work on different platforms. For instance, being optimistic, we wanted a graphic we could post quickly in the event someone made the Olympic team. We had to get all this ready in advance. When it came to race week, we were ready to go with all of these assets, including the one telling the world that Aliphine was now an Olympian.

The crowd at the race (Adam Hagy photo)

3. The running community loves this event: The fan support on race day was incredible. The Atlanta Police Department estimated that 200,000 spectators were on the course, which felt realistic to me. Based on my anecdotal, non-scientific observation there were several times the spectators here than I witnessed at the Los Angeles Trials in 2016. While I did not cover the entire course during the race, everywhere that I went was 5–10 people deep with a deafening crowd roar every time the lead pack came past. Our athlete Steph Bruce told me after the race that the crowd energy “felt like a World Marathon Major.” I don’t have any background on why or how this many fans came out, but I have to give credit to the Atlanta Track Club for whatever they did to make it happen.

4. The fans want opportunities to connect with each other: My experience in years of working and participating in endurance sports is that endurance sports fans mostly all participate in the sports they follow. That’s what separates cycling and running enthusiasts from, for example, football fans. Running fans have a pretty deep understanding of what pro marathoners are going through, because many of them have actually run a marathon themselves. For our NAZ Elite fans, we held a Friday night pep rally, a morning shakeout run, and a race viewing party on the course. These events were all much bigger and more popular than we expected. I do wish there were more opportunities for fans to meet the pro athletes, some kind of autograph alley the day before the race. The fans are hungry to get together and excited to meet their heroes; both brands and events can do more to make these things happen.

5. When the top Americans all race each other, it’s exciting. The buzz around the event was truly electric. Why? Because the stakes are so high: the top three make the Olympic team and everyone else goes home empty handed. And the Trials only happen every four years. There’s no way to create another Olympic Trials, but I do wish fans got to see their heroes race each other more often. An elite field at the Boston Marathon might contain 5–10 Americans; here in Atlanta over 700 athletes qualified, and they were all American. This race is completely unique and unlike any other event on the calendar. Can we create any more opportunities for all the top Americans to race each other?

Looking at the finish with 24 hours to go. Why no signs?

6. Signage and telling the city about the race. I found it surprising that 24 hours before race day, I could not find a single sign or banner anywhere in the city promoting the event. If you drove by Centennial Olympic Park and the start/finish area the day before the race, you’d be forgiven for thinking that maybe crews were getting ready for a youth soccer tournament or or an international chess competition. I took a few runs on the course, and did not see any banners or mile markers to let the city know what was going on. And no “Welcome athletes!” signs at the airport. I sat down for lunch on Friday with some German tourists, and I asked if they were in Atlanta to watch the marathon. They had no idea what I was talking about, and we were sitting about 100 yards from the finish line and media tent. After I explained what was going on, they said, “Oh…is that why we see all these skinny people in running shoes?” It made me wonder, would there have been even more fans on the course with some signage around the city?

Aliphine about to close the deal for the win

7. The TV broadcast. I spent a lot of time during the race in our viewing party location with the Hoka staff and a room full of athletes’ families, friends, and fans. It was raucous and fun. This meant that I watched much of the NBC broadcast, and it was disappointing. While the announcers are knowledgable, the anchors were all male. On top of that the women’s race was given very little respect. When the women were at about 15 miles, the network cut away to a live press conference (coronavirus breaking news) with the President for maybe 20 minutes. Why couldn’t they have given us this info in the chyron graphic? Then they came back when we were at about 20 miles, showed the women’s race for a split second — we’d missed all the important moves — and cut to the men’s finish. They stayed with the men — no split screen — through the finish and post race interviews. When we finally got back to the women they were at about 24 miles and it was down to Aliphine and Molly Seidel at that point. So we missed, more or less, miles 15–24 of the women’s race. I helped produce three marathon live broadcasts while I was at the LA Marathon. I know it’s a challenge to follow different packs simultaneously in two different races. But still, I don’t understand why NBC, the Olympic network, can’t do better.

Overall, it was a tremendous event, and the Atlanta Track Club did a fantastic job pulling it together. Aliphine’s win was a personal highlight for me, having worked with these athletes for years. I’m also looking forward to following our newly minted Olympian in Tokyo this summer.

Props to Coach Ben Rosario and athlete/Olympian Aliphine Tuliamuk for an amazing weekend. 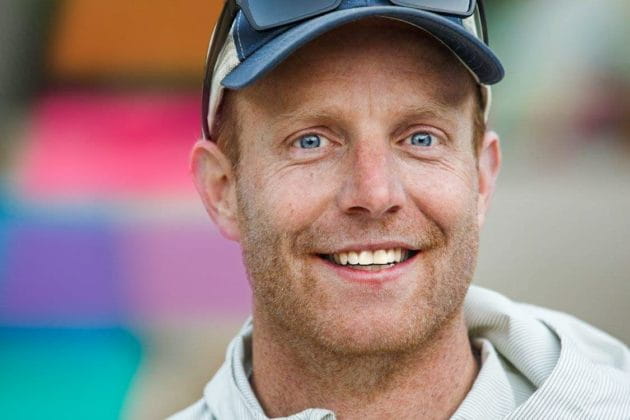 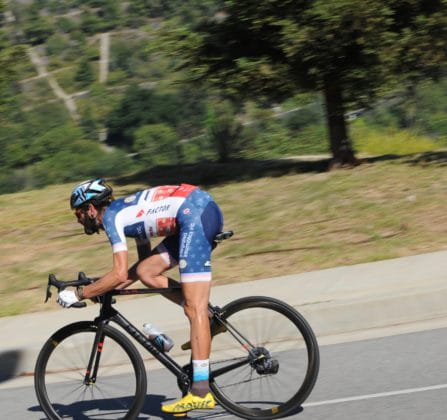 Life During Lockdown: Phil Gaimon
Phil Gaimon, more than any other retired professional athlete, has redefined what it means to be ...
by Peter Abraham